Three dirty words you SHOULD be using

I’ll admit, hearing that I’m chatting about Three dirty words you SHOULD be using may seem like I’m about to give you some bad advice. But I promise, this is going to boost your confidence and get you to release that fear around public speaking. Including Facebook Lives like I do on my Facebook Business page and doing chats in IGTV!

For those who like to read instead of watch, here’s the full text of the video:

You should be saying, “I don’t know.”

When to Use It

So, let me start with when this is appropriate to use. There’s a big, big problem with health coaches thinking they have to know everything. One of the things that holds us back in our confidence is that we feel like we don’t know enough, and we’re afraid of somebody asking us a question that we don’t know the answer to. So, that holds people back from a lot of things. Health coaches aren’t doing lives because of this, they’re not doing Instagram TV because of this, they aren’t posting anything beyond the normal standard health coach stuff on their page because they’re afraid of controversy and questions. When we get into rooms of people, or people aren’t. They’re not doing health coach talks in the community because of this.

When we don’t give ourselves permission to not know it all that creates a problem for us. It makes us present ourselves as someone we’re not, it makes us nervous about doing all the things I just named, it doesn’t deliver our true authentic selves.

I just had this conversation yesterday with a couple of my mentoring clients that I do one-on-one mentorship with. And here’s the thing: One way that you can overcome the fear of somebody asking you something you don’t know the answer to is to really invite yourself to get comfortable with those three dirty words of health coaching, “I don’t know.” So, let’s lay it out.

Let’s pretend, I’m talking to you about food or something, and you put a question in the box, and I don’t know you very well, and maybe it’s like, “Okay. Well, thanks for the question.” And it might be about something I don’t know anything about. So, maybe it’s a question about … I can’t think of anything right off the top of my head. Maybe sex hormone binding globulin. That’s not a normal word that someone would ask, but let’s just say someone puts in the comments, “Carmen, have you ever heard of somebody having high sex hormone binding globulin?” And that might throw me off if I don’t know what it is. I might be like, “You know what?” Here’s one thing that coaches can do they can backpedal, and be like, “Oh, yeah. Sex hormone binding globulin. Yeah. Let me go get some notes on that, and then I’ll share what I know about it.” So, that, right there, if you don’t anything about it that’s an inauthentic way to deliver yourself.

And I’m just making this up you guys. I always am improving here on my own. But if I were a health coach that understood that we are not to know it all, that we shouldn’t have to know it all, that we present ourselves as the expert we are when we actually answer with the truth we can say something like this, “You know what? Sex hormone binding globulin that’s a mouthful. Whoa. I really don’t know anything about that. I dabble in hormones a little bit with my knowledge, but I’d love to learn more about that. So, let me go ahead and do a little bit of research and come back with that information at another time, and I’ll put it in the comments below. Give me a couple of days to spend on that.” That feels really good, because I’ve done that before where someone has asked me a question.

Not in a live, because back when I started coaching we didn’t have any of this at all. It was at a group, and I was like stumbling all over myself. I felt myself feeling inadequate. That I should know it all. How do I answer this? I felt myself getting hot. Like that hot feeling you get when you’re nervous, and then I found myself trying to dig around for the answer. And I thought I am never going through that again. That was horrible. I actually e-mailed later on and said, “You know? That was a really tough question for me to answer, because I didn’t have all the information I felt I should have for you. But I’ve done a little bit of work, and here’s some more information on that topic.” That feels really good, you guys, to be able to honestly say, “I don’t know.”

Are you guys hearing me here? Does this make sense? Totally frees you up to be exactly who you are, and gives you the confidence to go out and talk to those groups, and do those lives, and do that Instagram TV, and do that YouTube channel. Because it frees you of having to be that person that knows everything. That’s not what we’re here for. Health coaches are not here to know it all, we are not here to act like an expert in anything just because it makes us look good. Let’s just be who we are.

The cold sweats. Oh my gosh. The cold sweats of anxiety and fear, right? Absolutely. I used to get this headache. Not down here in my temples, but kind of like above and around right here when I would feel that stress feeling, and that’s coming from those hormones flooding our bodies. And that’s not good for us either. So, let’s relieve ourselves of the stress, and let’s relieve ourselves of the lack of confidence. Let’s really build ourselves up, and feel good about the way that we’re going out into the world whether it’s in the community, whether it’s online somewhere, whether you’re on YouTube, and people are commenting. Wherever it is if you bring yourself to your people, and to the people that are looking for you, as exactly who you are the right people will find you. And all it does is increase your confidence.

I was having this conversation yesterday and talking about how interesting it is about the way that health coaches are feeling about their worth and about their knowledge and about all of that because we both work with health coaches. We were just having a conversation about how much of our mindset drives what our success is. I’m going to be talking a lot more about this stuff, and there’s tons of success and mindset coaches out there you can learn from, you guys.

But moving through the mindset of a health coach is a different ballgame than moving through the mindset of an attorney. It’s different. We have different monsters to tackle, so to speak, because we put ourselves into this position of feeling like we have to look a certain way, know certain things, and we’ve really pressured ourselves. And a lot of the mindset issues that coaches have have come from the pressure of outside of us that we’re paying attention to. So, I’m going to do a lot more talking around that too, because I mentor people one-on-one.

I’ve got some of the most amazing clients. Oh my God, I can’t even tell you. These are people they’re go getters. But here’s the thing: Besides the genius that’s in their heads that I’ve seen, and the things that I’ve … I’m just a person that pulls things out of people. I don’t have all the answers. The answers are inside of everyone I work with. But here’s what I’ve noticed is every coach that I’m working with right now is willing to see what’s going on in their own mind and in their own life first and foremost because that …

You can have all the knowledge in the world. I can give you an entire group template thing for an entire year and show you how to do a live on Facebook. I can talk to you about how to do your one-on-one coaching sessions. But if we don’t get to the root of why a coach is stuck, and where it’s coming from, and really get underneath it, and pull it apart, and work on ourselves like work on the self then all of those tools are worthless. Because the number one thing that holds us back from success is how we feel about what we deserve in our lives personally.

That’s a skill that you got to work on. It’s something that has to be worked on every day. You don’t just all of a sudden have all of this confidence, and I want all of this money in abundance. Yay, for me. And it’s not just about writing the word abundance on a mirror and expecting it to come. It’s a whole system in our body, and how we think, and how we attract, and who we bring into our lives.

I’m going to be going over a lot more information like that, and bringing a lot more of that to you guys. And I’d love to hear some feedback in the comments. When I do lives I want to know what are you enjoying about what I’m sharing with you, is it new information, is it helpful?

Someone told me yesterday, “I have never heard anybody talk about the things you talk about. It is so refreshing. You answered my questions before I even asked them.” That’s what I’m trying to do for you coaches. I’m not going to talk to you about Keto or about any of that stuff about vegetarian diets or paleo. I’m going to talk to you about most of the things that are being talked about today. I’m going to talk to you about stuff that matters. And that means knocking down the walls that are keeping you from being successful, and knocking down those challenges and barriers, and getting to the root of what’s happening with your personal life so we can get on with the business of building your business.

So, that’s what this stuff is about today.

I hope this was helpful. Getting out of fight or flight that’s it. We get into fight or flight, and then it takes over everything, you guys. You can’t even clearly deliver a message when you’re under great amounts of stress. So, no wonder people are afraid to hop on here and go live. I mean, it doesn’t bother me anymore, but I’ve done the work on it. I’ve done the work on it. It really comes with not even so much confidence and all of those kinds of things, but being confident and passionate and having the grit and the ability to present yourself exactly as you are in the world that’s the confidence builder because you don’t have to worry about all the stuff you may forget or may not know. Because if you don’t know, you just don’t know. Pretending you know something isn’t going to get you anywhere. That’s for sure.

All right, you guys, have a great rest of the day. Put in the comments anything you want to hear about with health coaching. All you got to do is put it in the comments. I’ve been through it all, and I’m here to support you guys. Go out to the Institute for Functional Health Coaching website, and check us out. See what we’re doing.

If you’re interested in one-on-one mentorship I had one person finalize and finish up, and I’ve got a space for another person to start. E-mail me at CarmenHunterHealth@gmail.com. 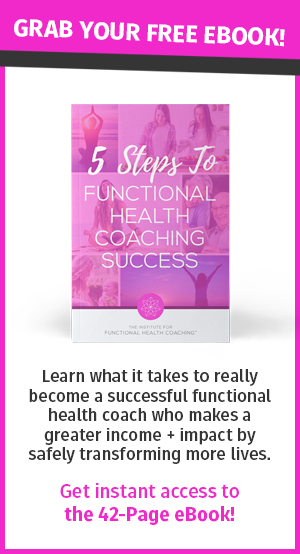 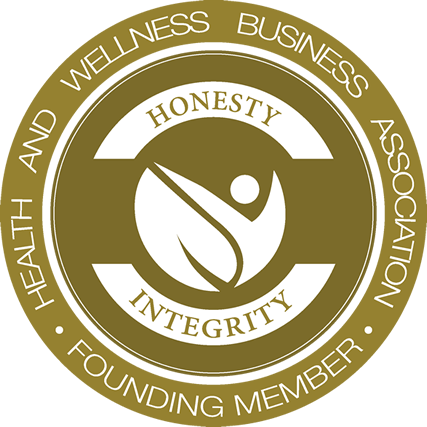